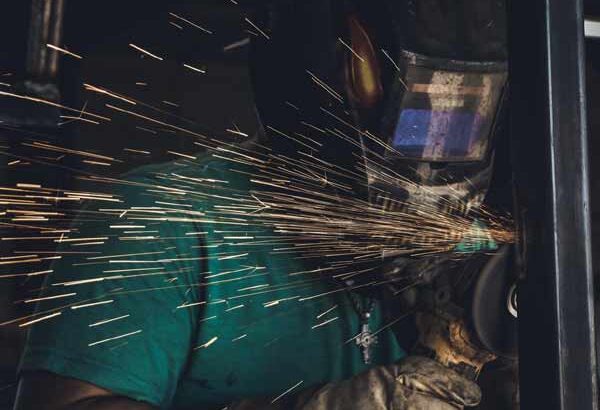 Welding is a method of permanent connection of metals that entered our life a little more than a hundred years ago, but it is impossible to overestimate its importance today.

With the help of welding, a significant number of various works are performed in various fields, from microelectronics to the manufacture of multi-ton structures.

Since metals and alloys can have different shapes, sizes, and chemical compositions, many appropriate technologies, tools, and devices have been developed. But the main method has long and deservedly been considered electric welding (and sometimes cutting) of metals, primarily low-alloy steels.

Among the advantages of electric welding — fast and reliable connection of materials with minimal costs.

However, if necessary, with the help of a welding machine, you can cut the metal, and even in hard-to-reach places where other tools simply do not fit.

In recent decades, welding machines are manufactured using electronic components, which has significantly reduced their weight and dimensions and allowed them to further expand their use in everyday life.

Let’s understand what types of welding machines are and what characteristics distinguish them.

This is the main part of any welding machine that converts the mains voltage to direct or alternating current with the specified parameters. Types of welding machines by type of current source are classified into:

Traditional and at the same time structurally the simplest source of welding current. Its main node is the transformer itself, which reduces the mains voltage to the welding voltage.

The current is regulated by various methods, the most common of which is changing the distance between the primary and secondary windings.

All transformers have one thing in common — they produce alternating current at the output. To cook non-ferrous metals with the help of “trance” or to improve the stability of arc gorenje, it is necessary to introduce additional heavy and bulky elements into the design, and the transformer itself weighs decently.

At the same time, special electrodes for alternating current are required to perform critical work.

The efficiency of the transformer is quite high (up to 90 %), but some of the energy is spent on heating.

For cooling in modern models, fans are also used of considerable power: after all, it is necessary to cool a device of several tens, or even hundreds of kilograms in weight.

Currently, this type of welding current source is used infrequently, but transformers, in addition to efficiency, have two more important advantages: low price and durability, because of which they are still in demand.

Welding rectifiers: Rectifiers are devices that convert alternating current into direct current. They consist of a step-down transformer, a rectifier (diode) unit, as well as adjustment, start-up, and protection devices.

This design, although more complex than a transformer, provides much more stable output characteristics of the welding current and electric arc. The quality of the seam is ultimately also much higher.

The price of rectifiers is not much different from the price of transformers, the reliability is also at a height: there is practically nothing to break in them.

The main disadvantages are the same as the transformer — high weight, the complexity of work, strong “drawdown” of the voltage in the network during welding.

Inverters: This is the most modern type of welding machine. Unlike conventional welding machines, in which the power transformer operates at a mains voltage frequency of 50 Hz, the welding inverter uses a high-frequency current (several tens of kilohertz).

At the same time, a transformer of a much smaller size and weight is required to transfer the necessary energy, and welding takes place at a constant current of good quality, which affects the quality of the seam.

A conventional 160 A welding transformer weighs at least 18 kg, and a 160 A welding inverter power transformer weighs no more than 300 grams and is comparable in size to a pack of cigarettes, while the weight of the entire inverter, with the housing and all electronics, is 3-7 kg. The inverter consists of a rectifier, a mains filter, a high-frequency AC converter, a welding transformer, another rectifier, and a control circuit.

The welding inverter has a much wider range of adjustment of the welding current than that of a conventional machine, which is especially important when welding with thin electrodes.

Another” plus ” — inverters, as a rule, this adjustment is much more accurate and the output parameters are much more stable, which greatly simplifies the selection of the optimal operating mode.

All inverter devices are manufactured using one of two technologies — MOSFET or IGBT.

MOSFET technology was developed about half a century ago, IGBT — more modern and cost-effective-has many advantages over MOSFET.

In Europe, where energy consumption standards are getting tougher every year, it is no longer possible to find MOSFET inverters on sale.

We still have them quite often. MOSFET inverters are well developed, are usually cheaper and, despite their greater weight and size, are still quite popular, especially for performing simple work on welding ferrous metals.

The production of MOSFET components is cheaper, but it also requires more of them: in a 200-A inverter, you can find up to 24 identical MOSFET power transistors and a much smaller number of IGBT transistors (usually about a dozen).

IGBT inverters are capable of operating at a much higher frequency (60-85 kHz) than MOSFETs, which further reduces the weight of the device.

The operating temperature of the thermal protection of IGBT transistors is about 90 °C versus 60 °C for MOSFETs, which directly affects the duration of continuous operation of the inverter.

As for maintainability, here the opinions of “servicemen” are radically different. Some believe that the compact and having fewer parts and power transistors, the inverter is easier to repair, while others believe that the device made using MOSFET technology, with larger parts and a free layout, is more repairable.

In any case, if you adhere to the opinion “the fewer parts — the less likely to break”, you should pay attention to IGBT inverters, besides, due to the excellent parameters of the welding current, they cook better not only ferrous metals but also cast iron and stainless steel.

Due to the use of an electronic feedback control system in inverters, it is possible to obtain output characteristics suitable for any welding method.

The most important features are Hot Start, Arc Force, and Anti-Stick. At the beginning of the operation, the electronics provide an additional current pulse, which makes it easier to ignite the arc (Hot Start function).

If the electrode approaches the part too quickly, the Arc Force function increases the welding current, preventing sticking. When sticking, the current is reduced or turned off, eliminating the possibility of” freezing ” the electrode (Anti-Stick function).

To some extent, these functions are present in all inverters,in more expensive models it is possible to adjust them (for example, Hot Start when welding thin sheets of metal is not needed, it is easier to reduce it or disable it altogether).

The disadvantages of inverters are also there, but they can be called such with a big stretch. It is necessary to distinguish between the use of an inverter in everyday life or in production.

The main enemy of electronic circuits is moisture and dust, especially metal. Therefore, it is not recommended to turn it on in dusty rooms and especially to work as a” grinder ” next to the switched-on inverter.

Of course, when it rains, work should be stopped, this is prohibited by the safety regulations, and not only because it is harmful to the device.

Professional models are better protected from dust and moisture but also cost accordingly. In any case, from time to time, the device must be opened and thoroughly purged with compressed air.

Electronics are sensitive to the quality of the current, so the circuit of inverters includes various protection elements: overheating sensors, fuses, sometimes-disconnection devices when the voltage drops below the permissible level, however, almost all devices can operate at a voltage of 170 to 250 V.

To protect against a sudden voltage surge (above 270 V), many manufacturers install varistors (“tablets”) that split when the voltage rises sharply.

After that, the damaged varistor should be replaced, this repair is simple and inexpensive.

If you plan to operate independently from an electric generator, you must select a device with a built-in compensator for voltage drops in the supply network. Manufacturers warn about its presence separately, without it, the inverter can quickly fail.

The device should not be stored in winter in an unheated room — electronics require careful handling.

The Owner Of This Website Act As An Amazon Associate. If You Buy Something From Our Website From Provided Link, We Will Get Commission. And We Make Sure That There Is No Extra Charge Or Cost Will Be Added. Thanks And Support Us.